There's a device called a ring light that goes around the camera lens to provide light in the macro setting where the lens is so close to the object. Last evening i tried several LED flashlights rubber-banded to the lens. Bleh. 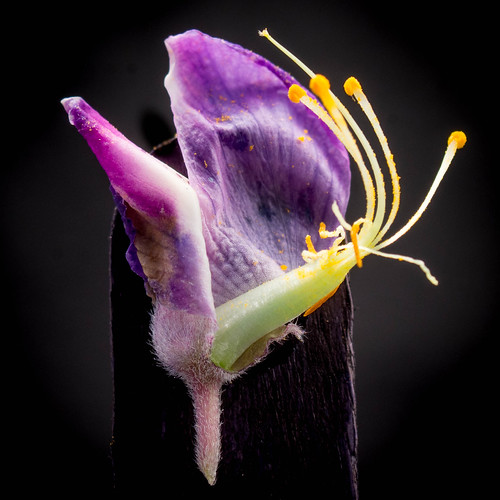 I took this photo of a lupine flower (not the whole spike, called the inflorescence) over the weekend with incandescent lighting and no focus stacking.

I wasn't using the incandescent bulbs because we were still in the low power use period. The lighting was fine for my experiment in focus stacking, and i learned a good deal. Since i'm deleting the images, here are some notes:

So, i glued the flower higher to the stick, but in the forward lighting the wood in the stick gleamed. In this image i've removed the stick with the spot tool, but i don't like it as much as when the support was visible but unobtrusive (and the removal isn't that well done). The black-black background seems more clinical than the softer black in the previous series. Focus stacking is not bad, but i did touch up the top tip in Photoshop with a manual addition of one section. There is no blending of the black background there, and so that technique will need work if i have a more gentle background. 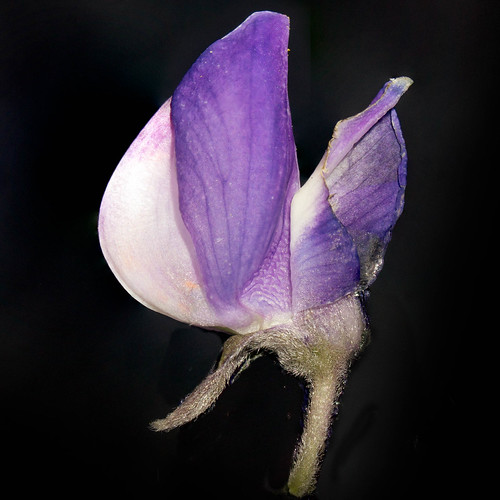 This photo of a lupine flower with LED front lighting

This is also posted at http://elainegrey.dreamwidth.org/507823.html .
Collapse