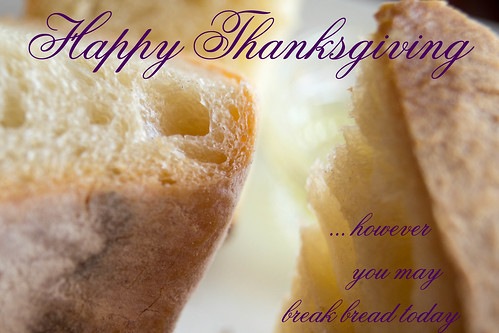 Happy Thanksgiving, however you may break bread today.

Our mellow holiday is off to a fine start. I got out of bed and went to the office to sit in front of the SAD lamp first thing.

With gratitude for all of your care, i hope you too can feel cared for.

This is also posted at http://elainegrey.dreamwidth.org/480509.html .

My mystery bird of yesterday, revealed on iNaturalist to be a Say's Phoebe. (I swear i looked at the phoebes!)

I'm pondering the quality of my telephoto lens. I'm going spend some time today shooting the grey value card at different distances and different conditions to see get a sense of what contribution is the lens and what contribution is the operator. I can't tell, when i zoom all the way in on that picture of the phoebe, whether the slight double image is due to me shaking the lens or the lens itself.

Our thanksgiving was mostly celebrated by walking in the baylands. Christine has been under the weather, hard to separate from the holiday blues. We did have some meal elements that evoke the traditional observances, but mostly bypassed having a groaning board.

I made pimento cheese again, as Christine is terribly fond of it, and i've discovered that when made from scratch it's quite delicious.

My brother's family had a freak accident where my youngest nephew had the tip of his nose cut odd -- something about a chandelier falling.

I started the day, as i am now, with the blazing bright lightbox in the office.

I'm drinking green tea, as i have much of it. It's not doing the job.

I really want to pop off the order for my tea. And for Goldiblox. I'm not clear how critical it is that those purchases stay clear of the general boycott of shopping today. I am sad to see Goldiblox is partnering with Amazon, as the distribution center shopping practices are as concerning to me as the Friday shopping frenzy. I am repulsed by the Thursday open stores.

Reading Slate's "If It Happened There" is entertaining to contrast to the BBC's history of "Black Friday".

My mind swirls with so many questions: buy online and fuel the distribution centers? Buy at Toys R Us, a store open on Thursday? This one i'll decide based on the shipping: i'll buy and have it shipped directly to my sister. (You know that's plastic, a nagging voice reminds me, another concern that swirls.)

I'm thankful for the awareness that's growing in me, a sense that it is not a black or white choice in deciding how to use my privilege and affluence. The complexity of concerns drives me back to fundamentals: what can i do with integrity, with simplicity, while staying aware of the interconnectedness of my choices?

I'm listening to 1493: Uncovering the New World Columbus Created by Charles C. Mann which underscores the incredible impact of unintended consequences. I'm giving Christine my notes on it as i listen, as she has had the book in her stack for ages. I was telling her about the Jamestown story earlier this week and she rejoined about it being a horrible situation, and i burbled back about the success of the tobacco sales. When i started back in the book the next day, the first sentence was about what a terrible disaster the colony was. Yesterday Christine sent me a link to a news article about the cannibalism in the colony, which also links to an early draft of the 1493 text.

This is also posted at http://elainegrey.dreamwidth.org/480664.html .
Collapse